Mitsubishi UFJ Morgan Stanley Securities (MUMSS) and Morgan Stanley MUFG Securities (MSMS) actively engage in a variety of CSR opportunities. We are committed to support our local communities by participating in a wide range of philanthropic and educational activities.

The two companies collaborate not only in business operations but also in CSR activities. By doing so, employees of both companies can gain better understanding of each other and build a stronger sense of unity.

Longstanding Support – Our Efforts amid COVID-19 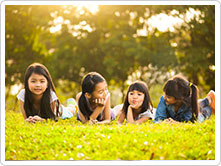 The COVID-19 outbreak has changed the way we engage in philanthropic activities. Instead of traditional in-person volunteering, the two companies have been identifying alternative ways to contribute to the society. In 2020, MUMSS and MSMS jointly made a small monetary donation to our longstanding charity partners, The Lifestyle Research Institute of Forests and Wonder Art Production, on the occasion of the Japanese securities joint venture’s 10th anniversary. The pledge was made in hopes to help the local community in our best possible way during the hardship, and will support the charities’ programs for communities and families impacted by the pandemic. 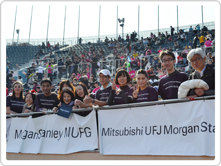 FIT for Charity Run, which was founded in 2005 by a handful of foreign financial firms including Morgan Stanley, has now grown to become the industry’s biggest annual charity sport event in Tokyo. Morgan Stanley has since been one of the most active sponsors of the event, and started participating in partnership with MUMSS from 2010. Each year, more than 300 volunteers from both MUMSS and MSMS engage in this initiative, wearing jointly branded T-shirts, to support local charities. 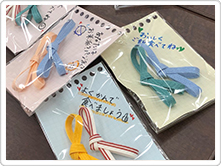 Since 2019, MUMSS and MSMS have been supporting the “Hashioki Project” organized by NPO The Lifestyle Research Institute of Forests. Volunteers from both companies create “hashioki” (chopstick holder) using paper bands made from thinned wood in Japan, which are delivered to “Kodomo Shokudo” (children’s cafeteria) nationwide with message cards for the children. This project also helps to provide children an opportunity to learn about table manners. 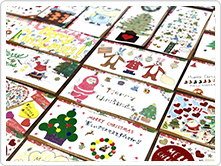 MUMSS and MSMS have been jointly engaging in a CSR initiative, the “Christmas Card Project” organized by NPO Wonder Art Production, since 2012. Each year, employees and family members from both companies join hands in making original handwritten Christmas cards for children in hospitals. A total of over 1,500 heartwarming cards have been delivered to children across the country. 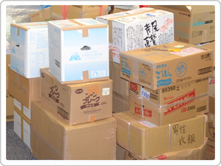 Employees from MUMSS and MSMS bring clothes, linens, household goods and other items for donations to the Clothing Drive. Truck-loads of collected items are donated to the Salvation Army each time.

In the wake of the March 11, 2011 Japan earthquake and tsunami, MUMSS and MSMS employees have been engaging in recovery efforts to support the local communities in the quake-hit areas. 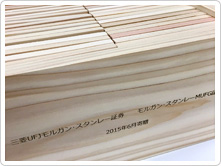 As the Japanese securities joint venture marked its 5th anniversary in 2015, MUMSS and MSMS joined hands for a new volunteering opportunity, Tsumiki Project, to help bring smiles to children in the Tohoku region by sending them handmade wooden blocks (tsumiki). Volunteers from both companies filed wood pieces made of recycled timbers from forest thinning, to make tsumiki that children can play with safely. A total of 3,400 pieces of tsumiki were donated to 13 kindergartens in Miyagi and Fukushima. The project was organized by NPO The Lifestyle Research Institute of Forests. 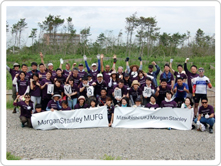 MUMSS and MSMS have been jointly supporting a reforestation project to restore the coastal forest in Chiba, which was destroyed by the tsunami. The coastal forest is important as it protects the local community from the impact of seaside winds and flooding. Since April 2012, both companies have been participating in the reforestation volunteering organized by NPO The Lifestyle Research Institute of Forests. A total of over 220 employees and family members from MUMSS and MSMS have made five visits to the affected area since then, joining hands in planting pine tree seedlings in the spring and removing overgrown weeds in the summer to help grow the seedlings. 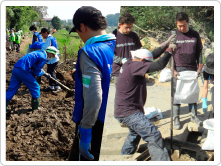 Since June 2011, MUMSS and MSMS have each arranged a number of volunteer trips to Tohoku, northeastern region of Japan. Taking overnight buses to the site, groups of volunteers travelled to Rikuzentakata and Otsuchi in Iwate Prefecture as well as Ishinomaki in Miyagi Prefecture. They spent their weekends removing muck and debris from houses and gardens, digging mud from street drainage and sorting out relief supplies. 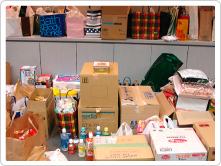 MUMSS and MSMS conducted a food drive in May 2011 as part of their joint philanthropic efforts to support those affected by the earthquake. At each company, employees brought in a variety of conservable food including canned food, bottled drinks and rice. A total of more than 220 boxes of food were collected and donated to NPO Second Harvest Japan who delivered the items to the Tohoku region.